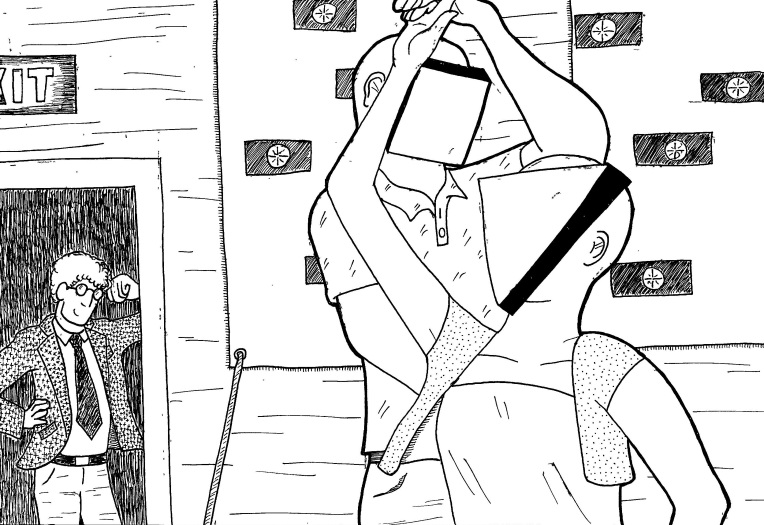 Dancing’s been on my mind a lot since New Year’s Eve.  Whenever I obsess over something, I tend to have to draw it, at least a little bit.  My intention was to draw a picture of a girl, mid-twirl, with long hair flicking out all over the dang place.  So I started working on it.  The male dancer’s pose took… a long time to get right (not sure I’m fully satisfied with it even now), but things started to come together.

Then I remembered this picture I drew back in… like… 2013 or something: 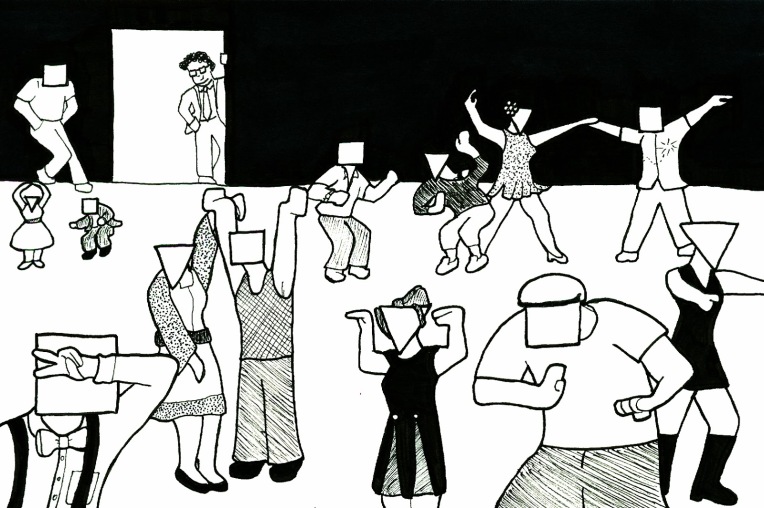 At the time, I was super-proud of it.  Still am, actually, despite some issues with the perspective and some rather cringe-worthy hand shortcuts.

Anyway, kind of as a gag, I drew a big triangle over the female dancer’s face, and it just.

That was it.  My initial plan, to draw a completely new picture with human faces motion and stuff, got completely derailed, and I wound up recycling a sketch idea from several years ago.

Oh, well.  I kinda like the new version better,  partly due to how much more space I had to work with (my current sketchbook’s much larger than the 2013 model) and partly because I have a weird fascination with bald women.

…although the fact that I had to look up “party decorations” in Google Image Search to even get an idea for what to do with the background leads me to think I should get out more and spend less time drawing.

2 thoughts on “Oh, I Wanna Dance with Some…body?”