Easily my favorite activity from Salt Lake Comic Con last year: getting my shapely buttocks handed to me by the fightingest costumed crime fighters of the cosplay scene. Heck, I enjoyed it so much that… that’s basically all I did today. Here are the best pics I got from day 1: 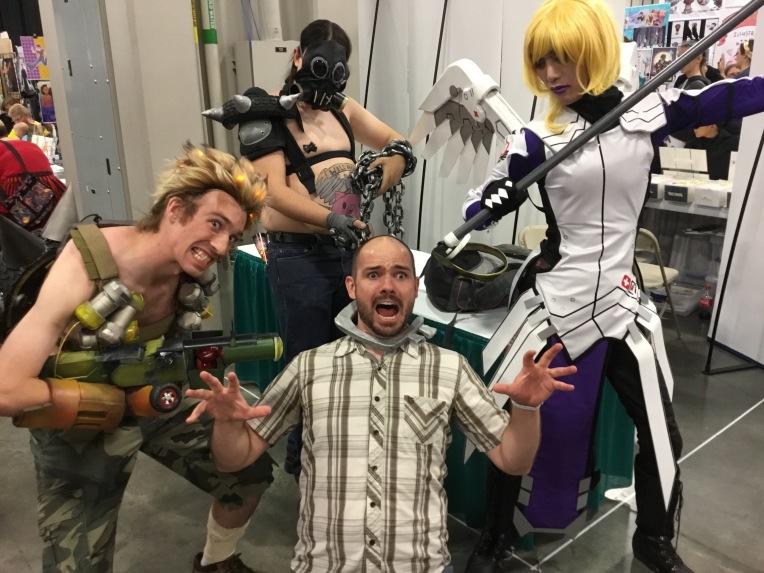 A trio of ruffians from some nerd game for nerds (Overwatch). 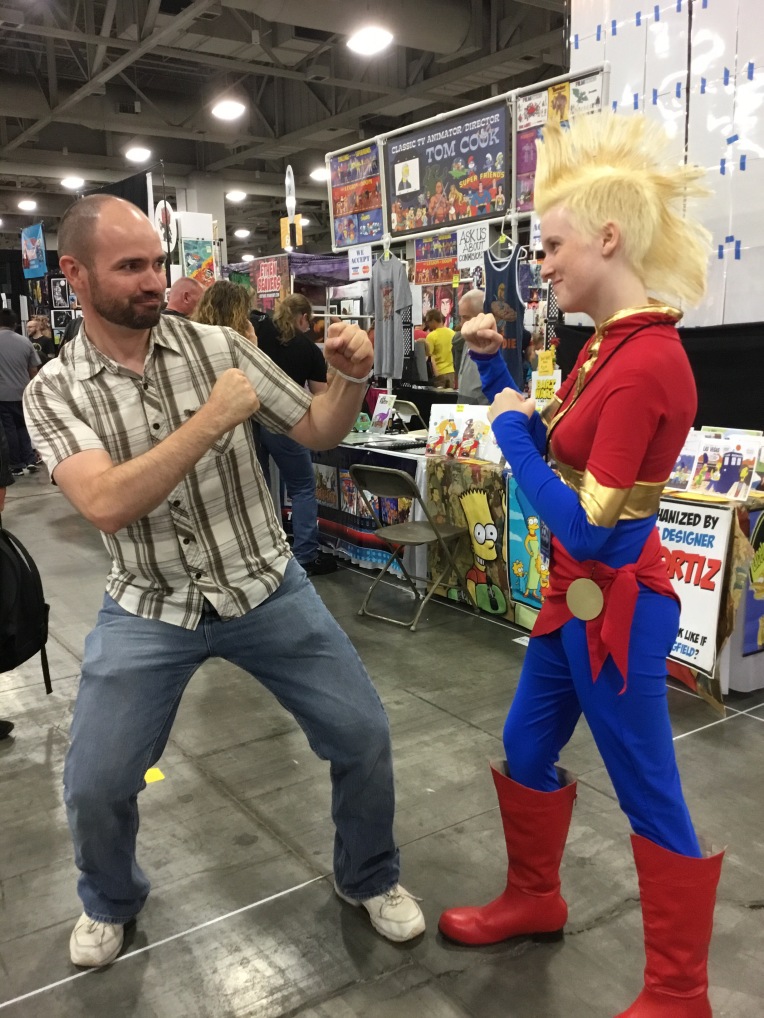 My buddies and I and the Stay Puft Marshmallow Man. 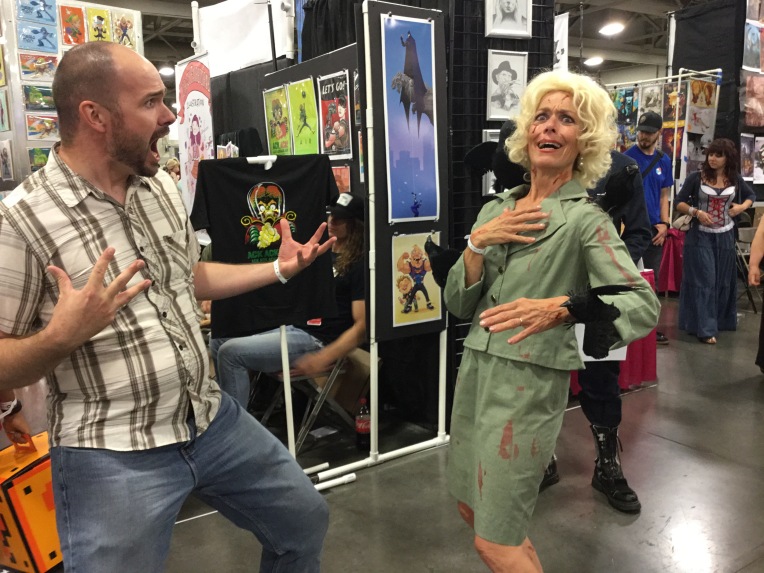 Wirt and a very meaningful cassette tape (Over the Garden Wall). 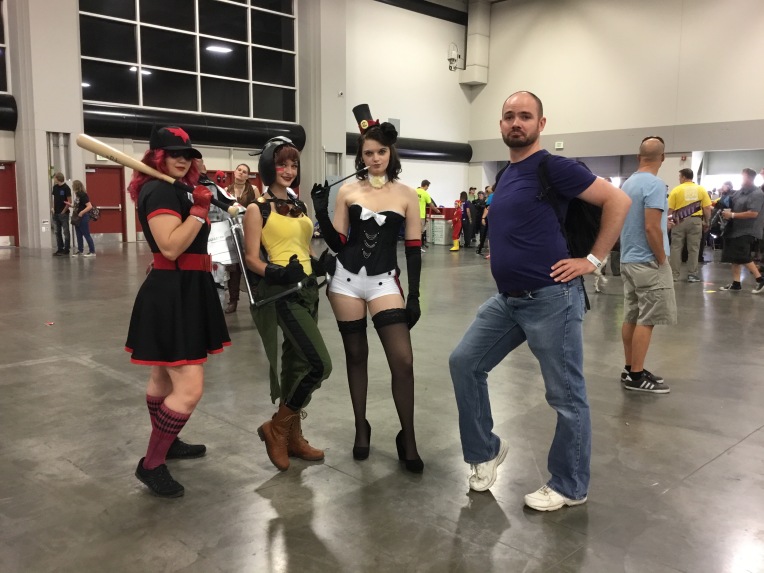 Some bloke in very impressive and (dare I say) handsome armor.

The second worst prom I ever attended. 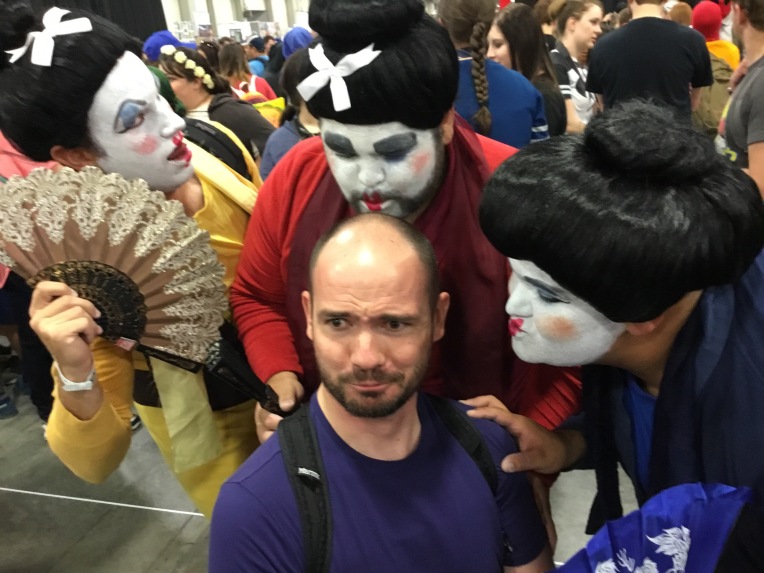 The worst prom… ever (Mulan).

Lady Scarecrow and a glove of syringes. 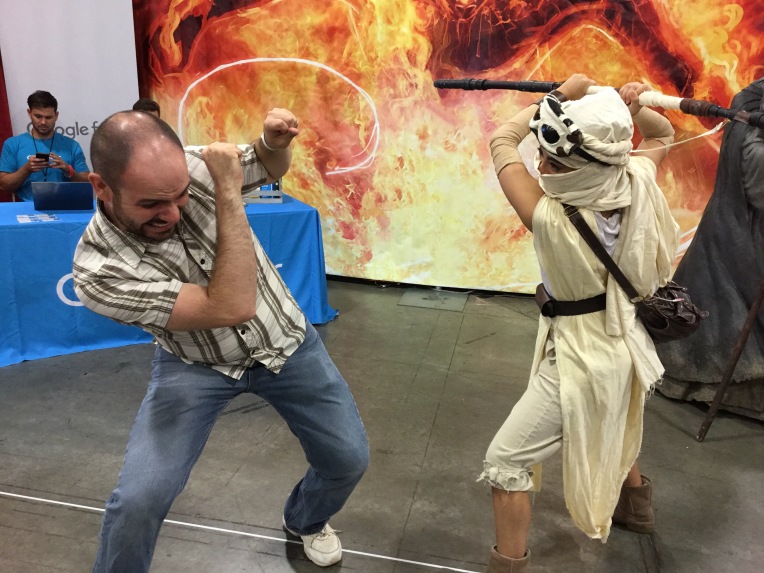 Me picking a fight with Lady Star Wars… 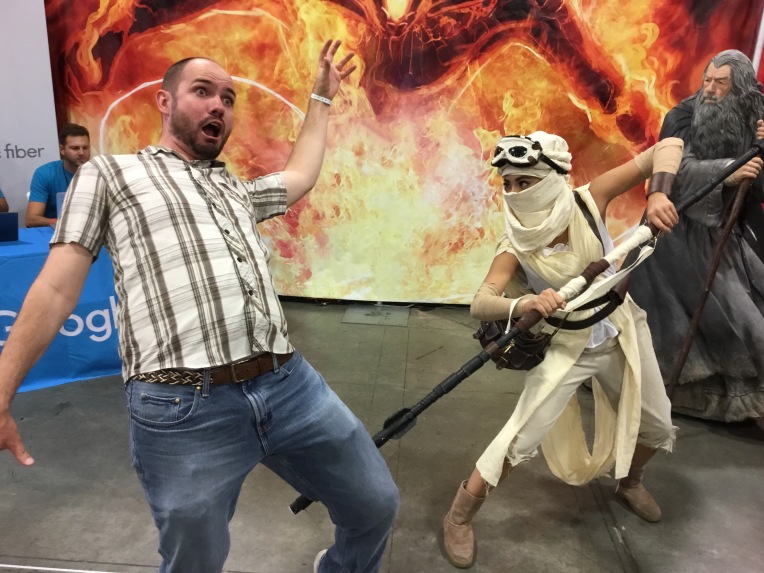 …and here we see how well that turned out.

And, finally, Steampunk Santa. The best thing any child could have hoped for.