One day in, 2018 is looking good, but it feels wrong to begin a new year with such a fresh, optimistic start.  No, the appropriate way to begin a new year is with a sleepy, half-dead gaze back into the year just completed, even when that year was the rampaging, odious dumpster fire that was 2017.

(Generally speaking, I mean.  2017 was actually pretty good to me on a personal level).

Now, it’s been a real molasses minute since I last wrote… well, any dang thing.  I’m making it a goal in 2018 to do more writing generally, and so the time felt right to dust the ol’ WordPress account off and ease myself back in to writing by effusing at length about my favorite movie of the last year: 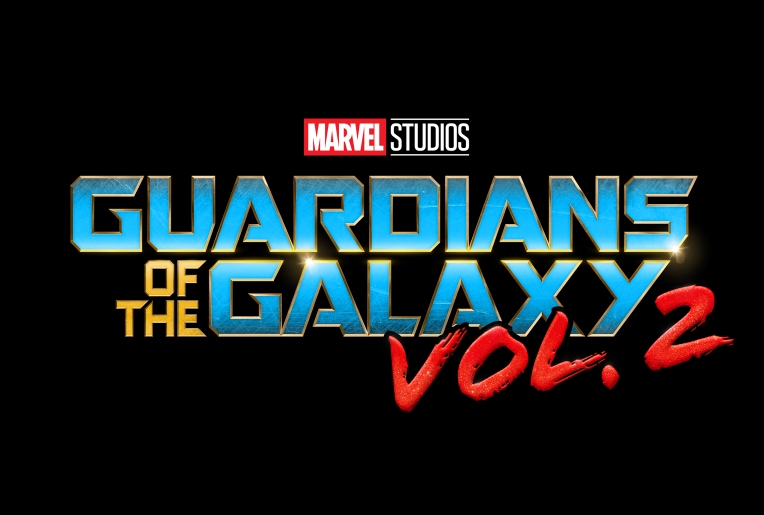 Best movie of the year.  Definitely the best of the Marvel films.  Might even be the best “comic book” movie of all time.  Fight me.

I’m a little hesitant to try to say anything about GOTG2, as there are already a fair number of insightful takes out there.  Heck, I’ll even link you to my favorite, which probably says a lot more of substance about the film than I could.  Still, no movie came even close to eliciting as strong an emotional response from me as this big-budget special-effects blockbuster about an emotionally-stunted man-child who likes Pac-Man a little too much.

…which actually sounds a little too familiar, now that I’ve typed that sentence out…

So here I sit, at 1:30 in the morning.  I’ve got a head cold and can’t sleep, and I’m trying to put into words exactly why I found this, the popcorniest movie of the year, just so revelatory.

I could bring up the way each character carried over from the first film experiences their own story arc that builds on the place where we left them at the end of GOTG part 1.  That may not sound like a big deal, but it’s pretty darn rare, especially in these serialized movie franchises.  If you don’t believe me, name the James Bond movie that ends with 007 actually learning something about himself.

While you’re doing that, I’ll point out how Drax, having gotten a handle on most of his anger issues in the last film, now serves as something of a mentor/father figure to Peter Quill in the new film.  I’ll also point out how Gamora and Nebula use their obligatory girl-on-girl fight to actually deal with their history.  I’ll also (also) point out how Peter Quill, a noted womanizer, is now warming up to the idea of a single-woman relationship, but he still struggles to understand what he can really offer in such a relationship, and so he finds himself stuck in the “teammate zone”

I could bring up the absolutely inspired use of licensed music.  GOTG: Part the First brough a lot of really iconic songs to the soundtrack and managed the feat of making “The Piñat Colada” song almost listenable.  The songs ing GOTG2 aren’t quite as timeless, but they are put to far greater effect – in particular, Fleetwood Mac’s “The Chain.”

I’m a bit late to the idea that Fleetwood Mac is better than their reputation as “my dad’s music” would imply.  While I still have absolutely no use for “Landslide,” I’ve got nothing but love for “The Chain,” a song which explores the resolve of a couple on the rocks to make their commitment work while simultaneously describing the exact moment their relationship completely implodes.  It’s either cognitive dissonance of the highest order or the type of rich, emotionally complex lyricism that these durn kids with their “dabbing” just don’t hear anymore.

”The Chain” plays twice in GOTG2.  During the first scene, the team is splitting up in the middle of a pretty nasty fight between Quill and Rocket.  None of their grievances have gotten resolved, mainly because neither party is owning up to what’s really bothering them (Quill’s acting tough to mask his insecurity, while Rocket’s trapped in a self-loathing spiral which causes him to actively push people away).

The second time we hear the song, it’s during the big climactic fight between Quill and his father, the Celestial Ego.  We’ll leave aside the on-the-nose metaphor about how Quill has to overcome Ego in order to save the day and focus on the familial relationship.  Quill lost his mother at the start of the first movie; now, he’s losing his father, too.  At the same time, though, he’s reunited with his team, and they’ve been joined by Yondu, a man who, for all his flaws, has very much been a father to Quill.  Although his biological family is now shattered beyond repair, Quill finds himself part of a different family, one of his own choosing, and they make a chain that can never be broken.

Neither of those points really touch on what really grabs me about this film, though.  The real reason I love this movie so much is that it made me cry, repeatedly, every time I watched it.  And I watched it three times in a single month, which is kind of ridiculous for me.

Although 2017 was, as I said, a pretty good year for me personally, it was also the year where I lost my grandfather.  He spent the last several years of his life in a rest home for U.S. veterans, lying in bed and watching military documentaries.  When he died, he received a military funeral, complete with a flag ceremony.

I have… complicated feelings about patriotism in general.  Those feelings get even muddier when you start to mix in the military. That said, I am nothing but grateful for the way the armed services took care of my grandfather in his final years, and I will always remember the respect and reverence showed by the soldier in his uniform, who folded up the American flag and presented it to my grandmother.

In the concluding scene of GOTG2, Yondu gets the Ravager sendoff he thought he would be denied after his death.  As his remains are scattered through space, the lights of hundred of fireworks blaze around him.  The pomp and ceremony that accompanied Yondu’s funeral remind me of a similar ceremony conducted at my grandfather’s graveside.

But that’s not the image that gets me.  We cut, for just a few seconds, to one of Yondu’s ravager buddies, played by Sean Gunn.  Gunn’s character sees the lights and cheers rowdily, tears running as he pounds his chest in a military salute.  He mourns his captain, of course, but he feels a great surge of joy, knowing that his friend has been remembered.

It’s a powerful moment, perhaps the strongest I’ve ever experienced while watching a superhero flick.  Would I have felt so strongly about this scene if I hadn’t just buried my grandfather?  Possibly.  I doubt it, though.  I also don’t think it matters much.  In the end, art is really about the bond between the piece itself and the consumer.  Although there were probably more important movies I could be talking about, I bonded with none of them as strongly as I did with this one.